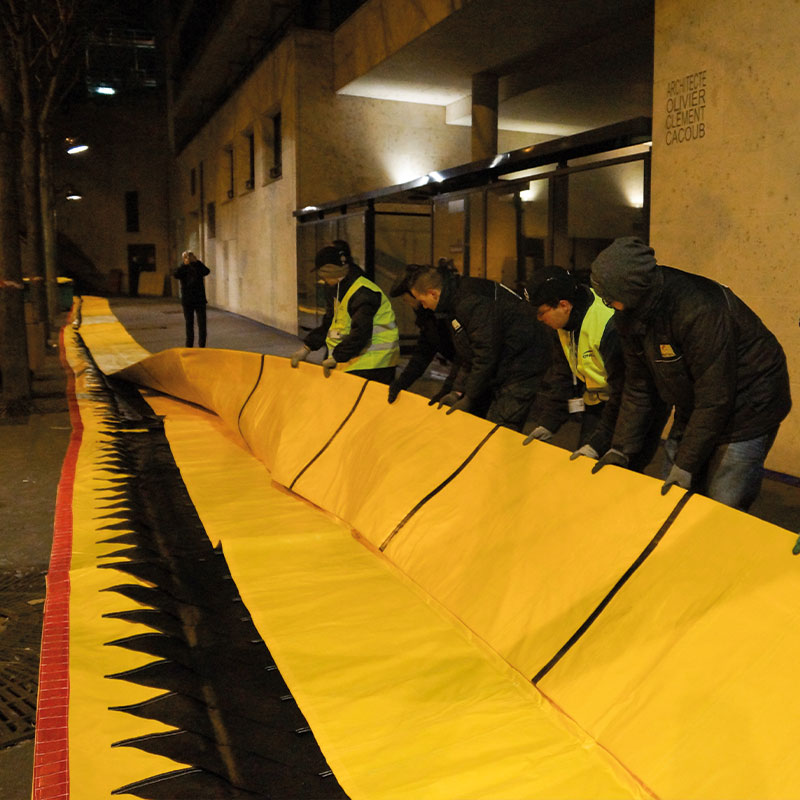 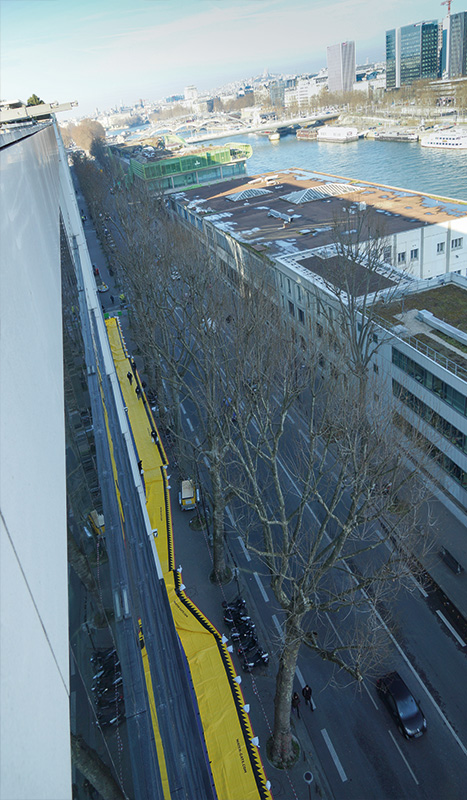 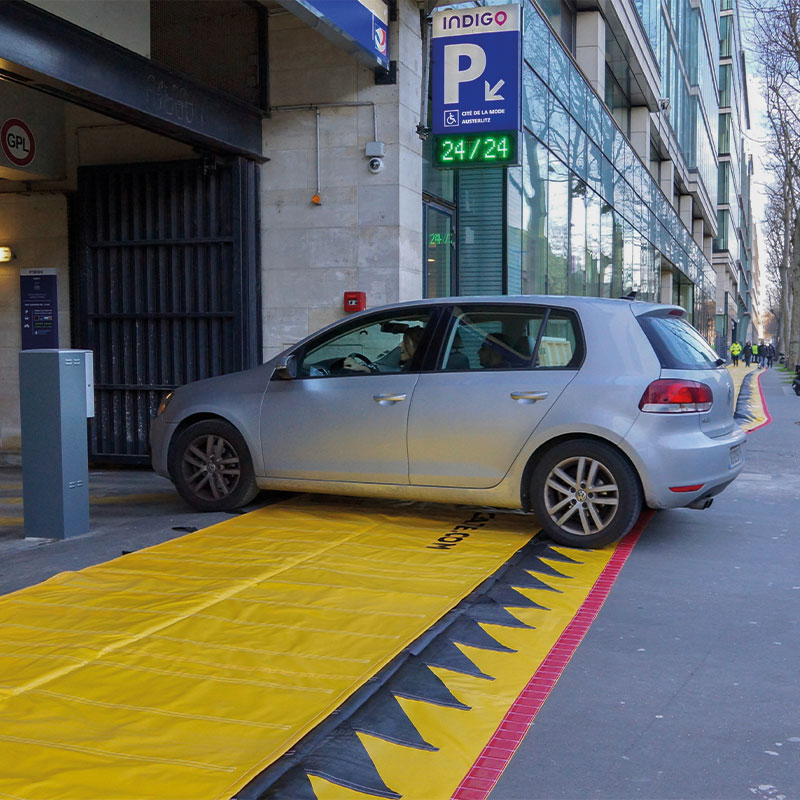 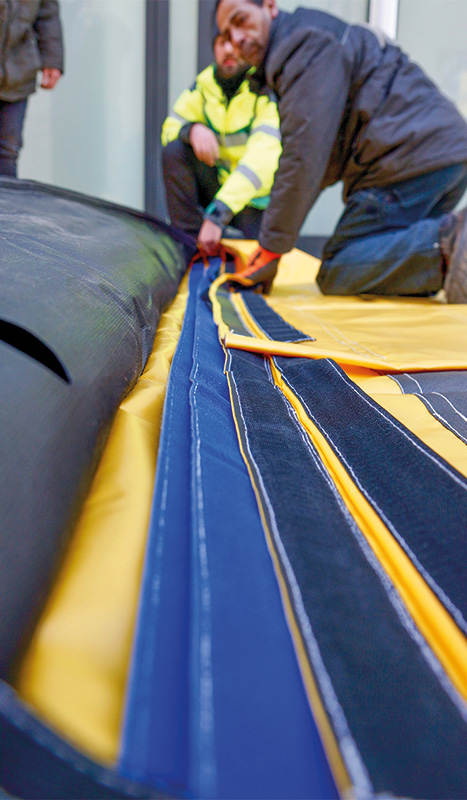 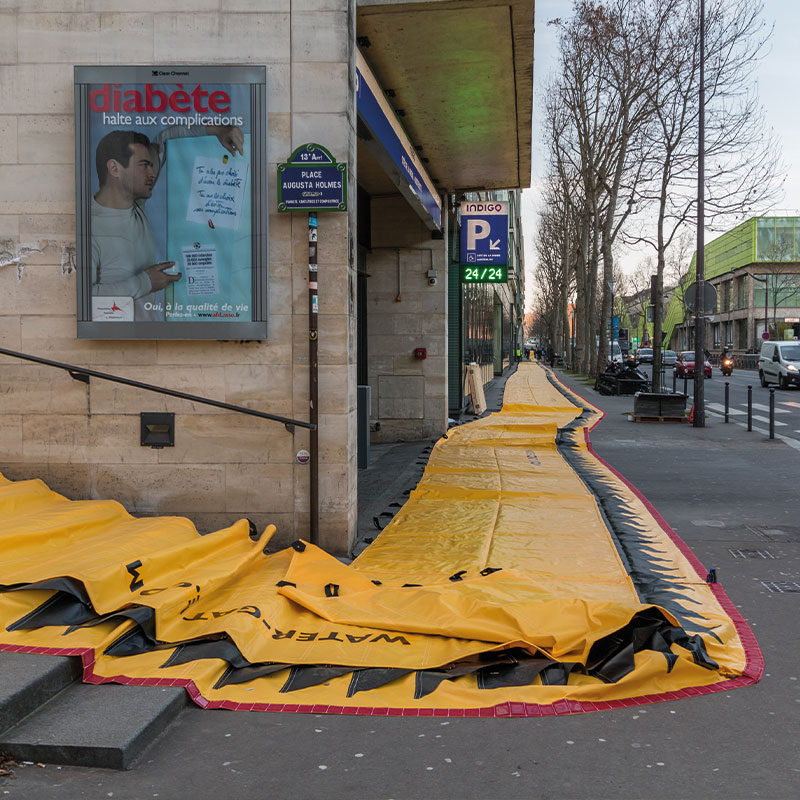 The four Natixis buildings are part of the Paris PPRI (Natural Flood Risk Prevention Plan). The hazard ranges from medium to high (submersion height between 1 m and 2 m). The invitation to tender aims to reduce the vulnerability of the four buildings (Arc de Seine – 47 Quai – Grand Seine – Avant Seine) in the event of a water level rise equivalent to the HKWL (100-year flood of 1910). The reference level selected for the measurements is 34.63 m AOD. 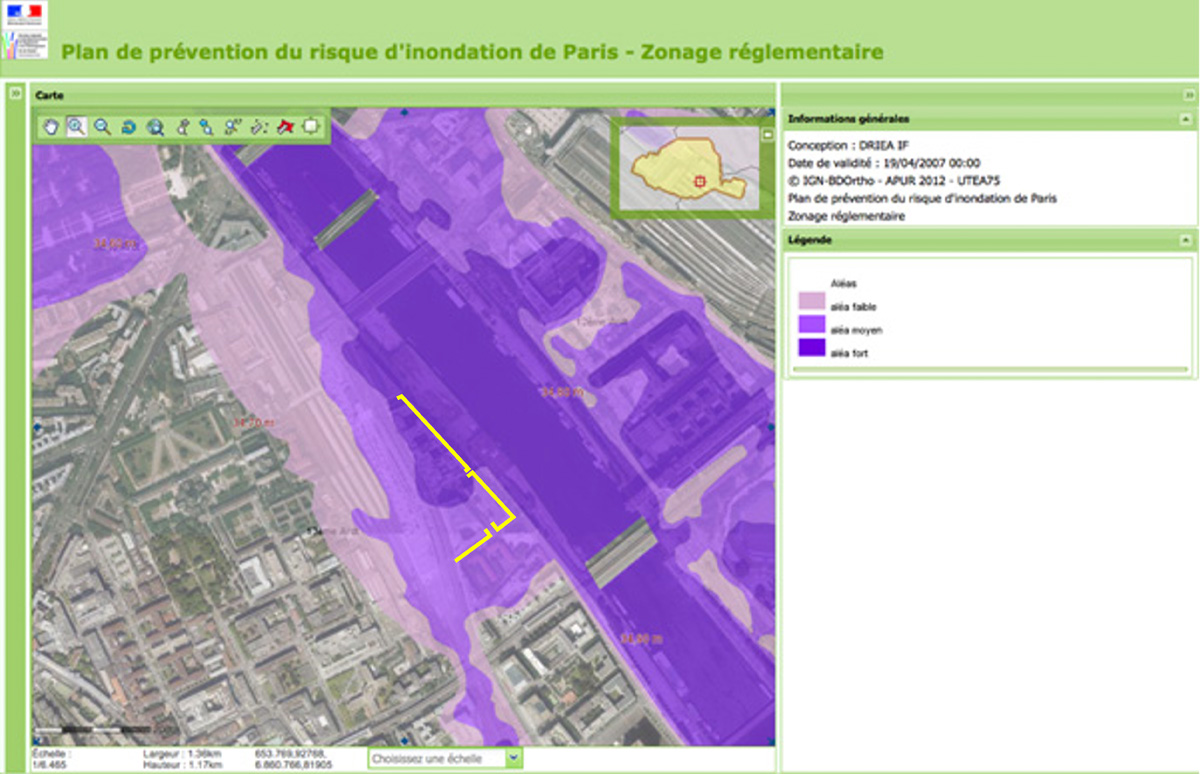 Advantages of the Water-Gate solution for Natixis

1) 1910-level protection around the entire perimeter using the same system
Regardless of the type of site and the surface and terrain (slopes, edges, grates, etc.), the Water-Gate solution allows the level of 34.63 m AOD to be exceeded at all points using barriers of different heights.

2) A “100% flexible” solution for unbeatable storage space
By opting for flexible and watertight materials rather than rigid materials (aluminium panels/wooden planks), we can package all the materials needed for the site’s outdoor protection in a container of just 25 m3:

3) Can be installed independently by the operators: a SIMPLE protection device that can be set up in less than TWO HOURS
a. 5 pre-packaged rapid deployment boxes
b. No fixed ground anchorage
c. No tools required, only lifting equipment or a trailer-towing vehicle to transport the boxes

4) Vehicles can still access the buildings even after flooding is underway
a. Water-Gate allows the protection to be deployed at the slightest sign of a flood while also ensuring operational continuity
b. Allows vehicles and/or property to be evacuated right up to the last minute

The term “100-year flood” does not denote a flood that occurs once a century!

Historical data:
The Seine has exceeded 6 metres in height 36 times since the 17th century.
3 water level rises have taken the river over 8 metres and can be classed as 100-year floods: 1658, 1740 and 1910. The 19th century is therefore the century that saw the greatest number of floods, but not a 100-year flood! 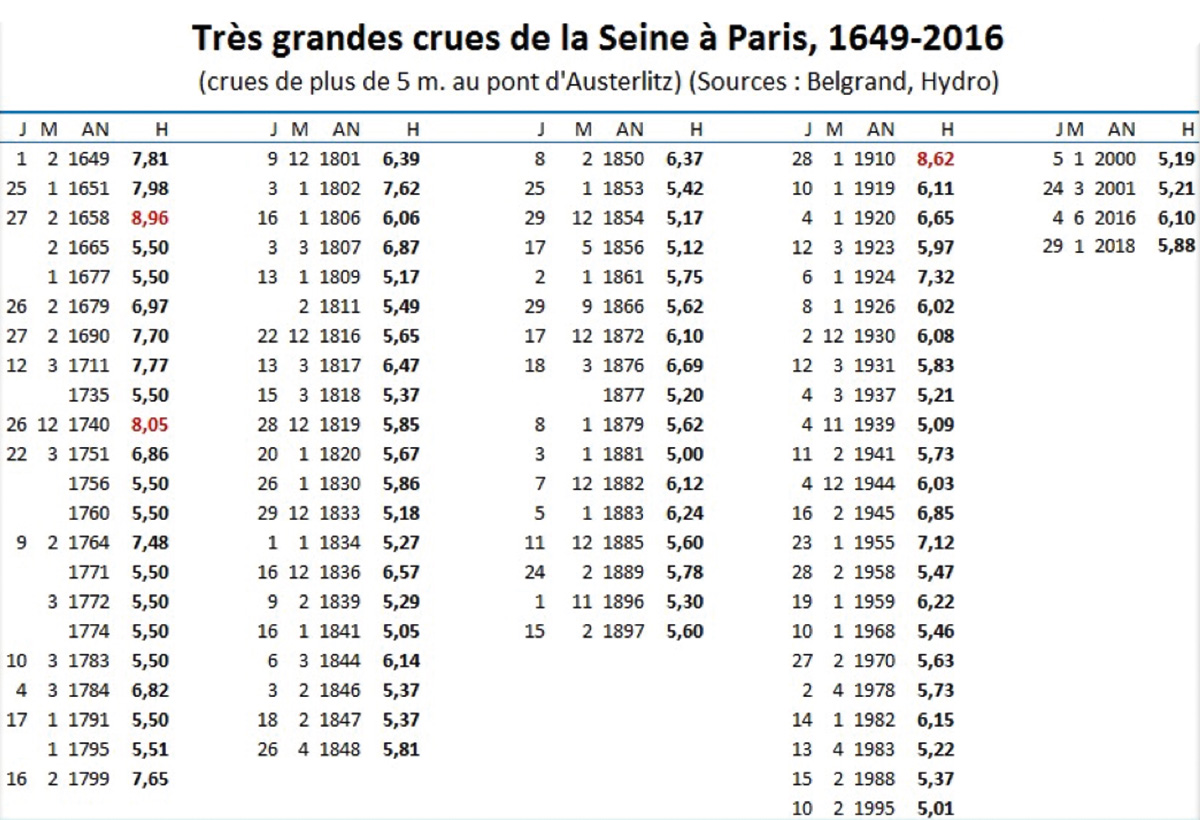 When a flood happens, it’s a bit of a race against time. How long does it take to deploy your system?

In this case – 500 m of protection along the banks of the Seine – it takes about an hour and a half to deploy everything. The system is coiled and loaded into rapid deployment boxes. There are very few protection systems on the market today. We’re all familiar with sandbags… In a way, they’re last century’s flood protection… There are also machine-welded aluminium protection systems; these are quite heavy and complex to install, and they have to be stored and anchored. With Water-Gate, we are the first company – the only company, in fact – to have invented a new type of emergency flood protection that can fit anywhere: urban protection par excellence.